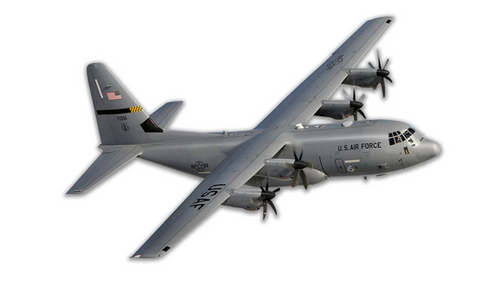 The Lockheed C-130 Hercules is an American four-engine turboprop military transport aircraft designed and built originally by Lockheed. Capable of using unprepared runways for takeoffs and landings, the C-130 was originally designed as a troop, medevac, and cargo transport aircraft. This 18" by 12" USA-made plane would be a great gift for a Veteran or service member who worked on this aircraft or flew as part of a crew.

MADE IN THE USA--- PATRIOTIC MASK