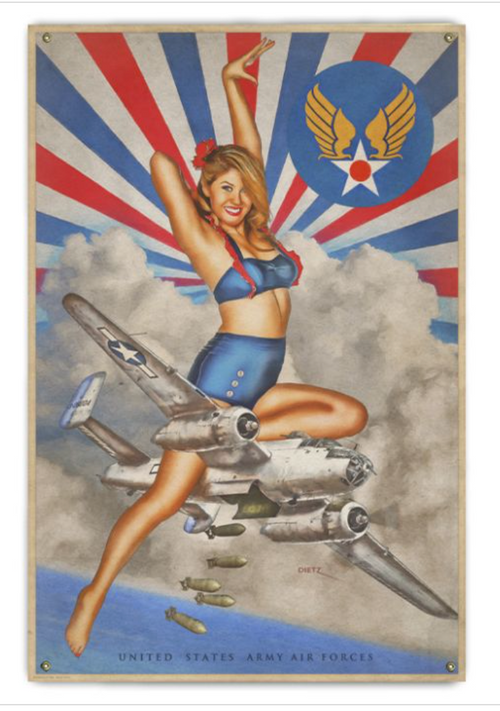 The North American B-25 Mitchell is an American medium bomber that was introduced in 1941 and named in honor of Major General William "Billy" Mitchell, a pioneer of U.S. military aviation. Used by many Allied air forces, the B-25 served in every theater of World War II, and after the war ended, many remained in service, operating across four decades.  Here's a USA-made 12" by 18" metal sign for our vintage aircraft fans and our fans of classic pin-ups.

LIGHTING THE WAY THROUGH THE STORM---- TATTERED BIRCH WOOD PRINT