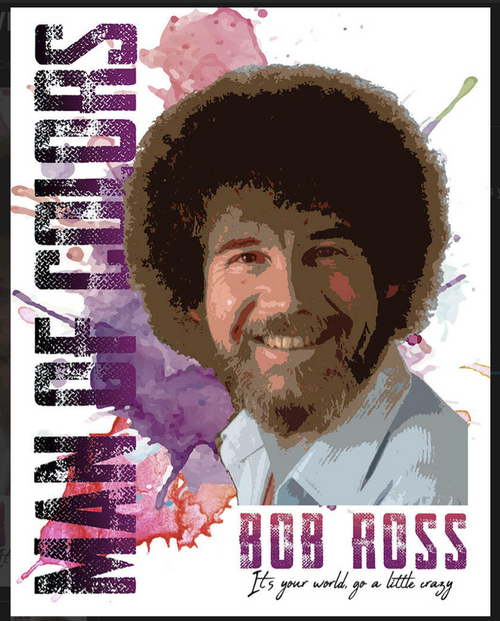 TV Artist Bob Ross enlisted in the United States Air Force at 18 years old and served as a medical records technician. He eventually rose to the rank of master sergeant and served as the first sergeant of the U.S. Air Force Clinic at Eielson Air Force Base in Alaska. He served for 20 years in the USAF. It was at this base in Alaska where he first witnessed the snow and mountains that later became recurring themes in his artwork.  A great piece of metal wall art for our fans of Bob Ross.  This USA-made metal sign measures 12.5" by 16".

Megan and a B-17 Bomber Poster

Lemonade By The Pool Poster