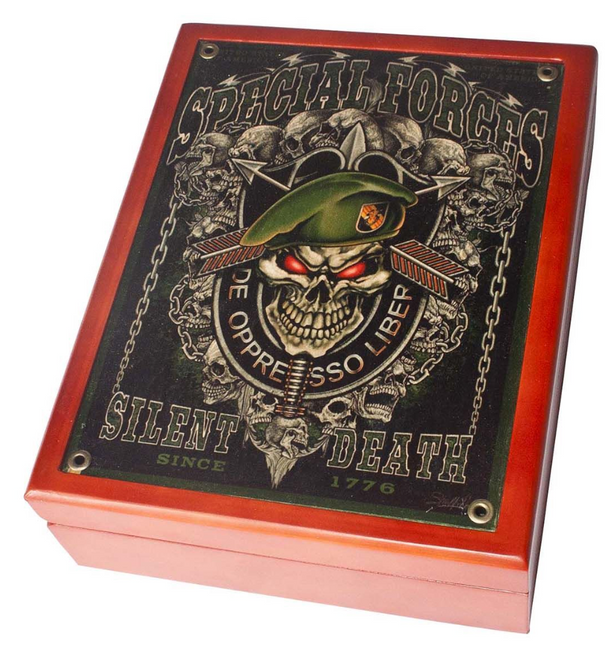 Here is a special gift for our service members who have served in our military's Special Forces.  The primary mission of the Army Special Forces is to train and lead unconventional warfare (UW) forces, or a clandestine guerrilla force in an occupied nation.

The Special Forces motto is included in the wooden insert artwork:  In the United States Army Special Forces, the motto--"De oppresso liber"-- is traditionally believed to mean "to free from oppression" or "to liberate the oppressed" in Latin.

This special mahogany box can hold small items.  Great on a dresser or desk or nightstand.