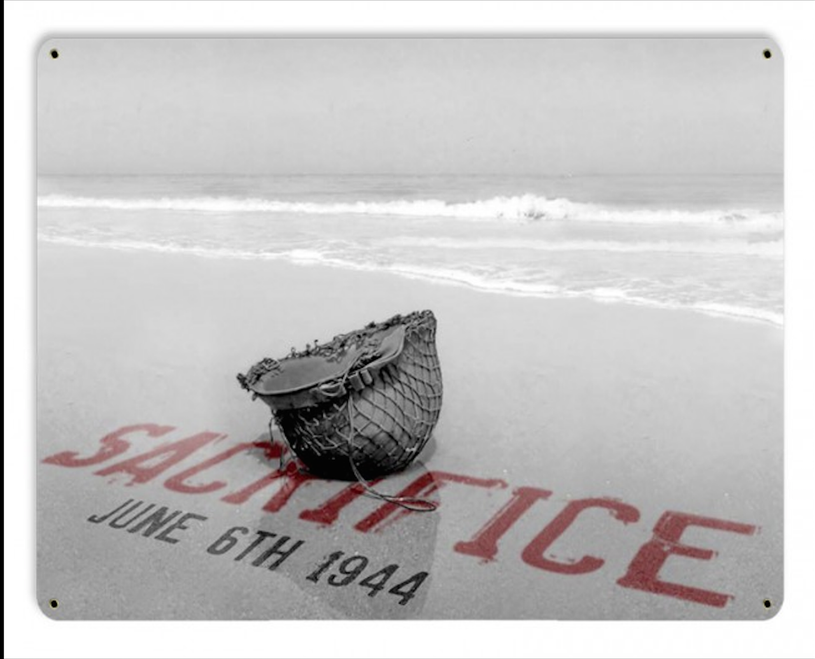 Every Veterans Post should post this metal sign where all members can see it and remember those brave service members who gave the ultimate sacrifice and who lost their lives on Normandy Beach during WWII.  We must always remember June 6, 1944-- the day the Allied powers crossed the English Channel and landed on the beaches of Normandy, France, beginning the liberation of Western Europe from Nazi control during World War II. Within three months, the northern part of France would be freed and the invasion force would be preparing to enter Germany, where they would meet up with Soviet forces moving in from the east.  This metal sign is a poignant reminder of all those who landed in France on that fateful day.